VEGETABLE BOXES REVIEW: Is it worth having fruit, vegetable & recipe boxes delivered to your door from Yorkshire suppliers?

But was that the right choice? Was I choosing thrift over health?Â

These days the market for such boxes seems to have become even bigger as us millennials are becoming well aware of the importance of organic produce, cooking fresh and from scratch, but the one caveat is time.Â

In our 2.4 family household these days we have tried all kinds of recipe boxes such as Muscle Food (lots of meat for my sport-loving hubby) and The Spicery (a gift subscription of spices for me).

But when it comes to fresh produce and locally sourced produce, what are the options?Â

Greengrocers to your door

One of only two surviving greengrocers in Wakefield, West Yorkshire, Earnshaws of Horbury is having to diversify the way in which it serves its customers.Â

Owner Simon Fishwick, said: â€œWe can no longer rely on people coming to us in our local shop, but we need to be going to them which is why we deliver fruit and vegetable boxes to peopleâ€™s doors as well as businesses.â€

Simon started with delivering boxes to customers throughout Horbury but has now expanded his customer base of people and businesses to the Wakefield District.Â

He said: â€œWe have a diverse range of customers and people are seeing the benefit of locally sourced organic produce, but the issue is cost and convenience.â€Â

And whilst Simon has addressed the convenience issue, he understands that price is difficult with so much competition in the fruit and vegetable market.Â

â€œEven pound shops are selling fruit and veg now and, we simply canâ€™t compete on price but we can on quality as well as being plastic-free where possible.â€Â

Simon also points out that by this Summer 40 per cent of the world will shop online so he too plans to launch a new site soon so that he can serve his customers in store and further afield.Â

â€œPeople love what we do and we get some of our produce from as nearby as Newmillerdam Country Park (a village and suburb of Wakefield).

â€œBut we have to make our business viable too, so we hope the online element of ordering fruit and veg boxes takes off.â€Â

Whatâ€™s in the box? Anythingâ€¦ depending on your budgetÂ

Just as you can select anything which is on offer in-store, this goes for the boxes too so you still get that personal touch.Â

I opted for a â€œsurprise and colourful selectionâ€ of a box worth Â£25 (see photo).Â

The produce was delivered by a colourful van and it was noticeable how fresh and big the vegetables were as well as, no plastic.Â

It was about a weekâ€™s supply of vegetables (and we eat a lot of veg in our house). It was more than what the same items would cost in a supermarket but for me itâ€™s a small price to pay to support the local economy and to help improve my familyâ€™s health.

Â A farmer’s crop to your doorÂ 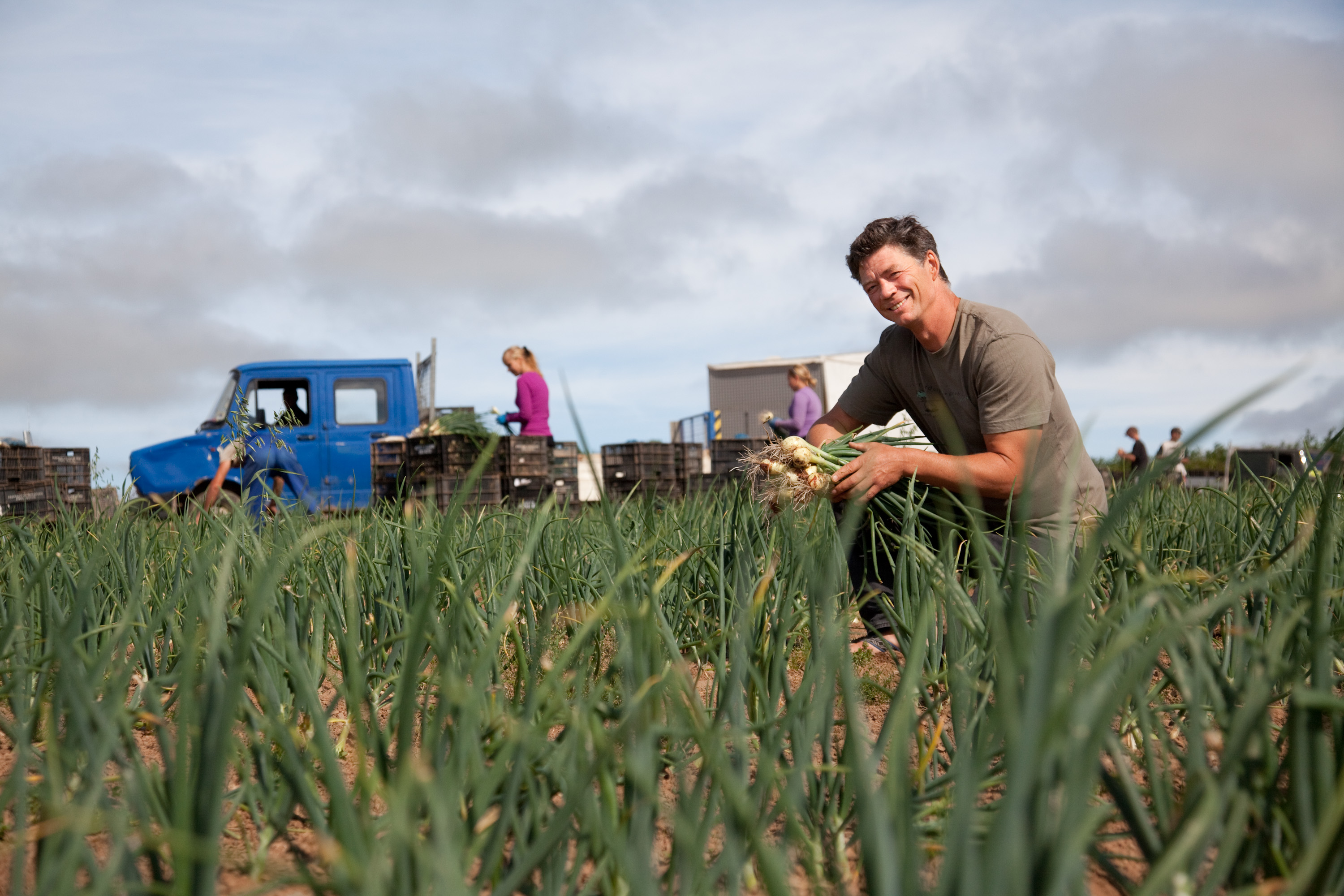 Riverford has four farms including Home Farm at Newby Wiske, North Yorkshire where organic vegetables are grown and supplied for boxes to be delivered across the North of England.

Riverford was originally founded when Guy Singh-Watson started growing organic veg on the family farm in Devon, with a wheelbarrow and a borrowed tractor in 1987.

His pioneering veg box scheme now sends out around 55,000 boxes a week to a loyal band of customers who share his commitment to fresh, seasonal food, produced with respect to customers, staff, farmers, livestock and the environment.

Riverfordâ€™s offer includes veg and recipe boxes as well as fruit and salad boxes. Customers can also choose from its online meat, dairy and farm shop. Everything grown or sold by Riverford is organic.

From the start, â€¯the business has minimised its environmental impact, from the way â€¯food is grown through to how it is packed and delivered.â€¯You wonâ€™t find crazy supermarket-style cosmetic specifications; just beautiful, often wonky veg, that is grown for flavour.

Having been badly treated by supermarket buyers himself, Guy agrees prices with farmers in advance, and gives them a guaranteed market for their produce.

Twice voted BBC Farmer of the Year, Guy is a veg expert and writes about sustainable farming, the politics of food production and better ways of doing business. The Riverford veg box was also named Ethical Product of the Decade by The Observer.

Who owns what at Riverford?â€¯Â

74% of the company has moved into an Employee Trust, benefitting all Riverford employees equally. Guy retains 26% and a very active involvement in the next phase of Riverfordâ€™s journey.

How much does a box cost?Â 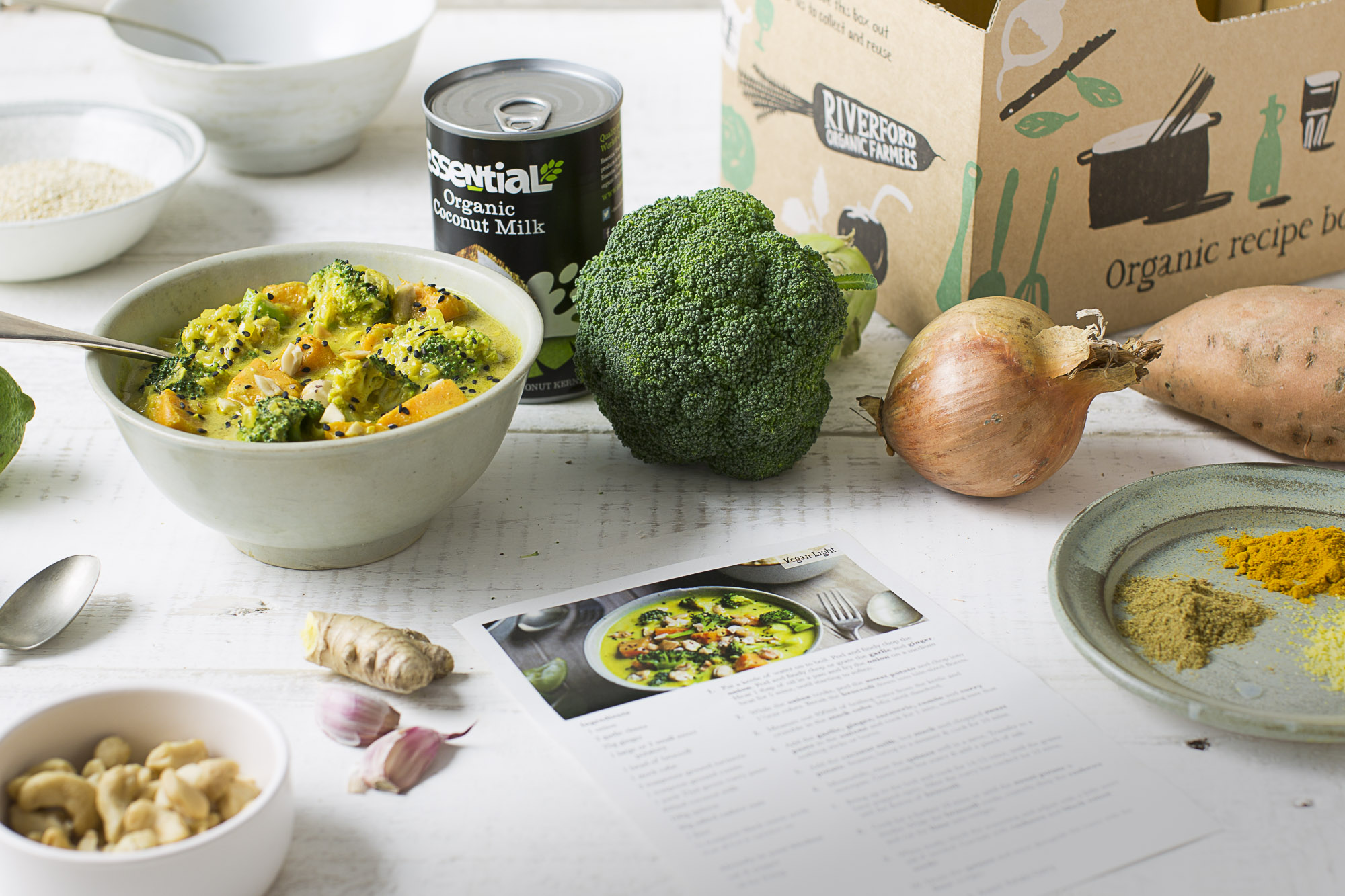 Whilst your weekly food budget would need to increase if youâ€™re used to buying cheap supermarket produce. The prices are similar between Earnshaws and Riverford, both of whom support local producers. Obviously, Earnshaws is hyper-local whereas Riverford is national.

I think that if you budget correctly and cut down on meals-out or takeaways, youâ€™d definitely benefit from the â€œtreatâ€ of healthy food through your door.Â

As soon as the veg boxes arrived, my kids were excited and quickly began munching on the large locally-grown carrots and asking about all the different types of fruit and veg, which for me is well worth the extra cost.Â Â