A Sheffield young people’s charity will be commemorating Holocaust Memorial Day with a giant pink triangle at “Sheffield’s Amphitheatre.”

The young people’s charity will be producing a giant pink triangle installation at South Street Park (also known as Sheffield Amphitheatre) from 1-4pm.

The giant installation will be visible from Sheffield railway station and various other parts of the city. 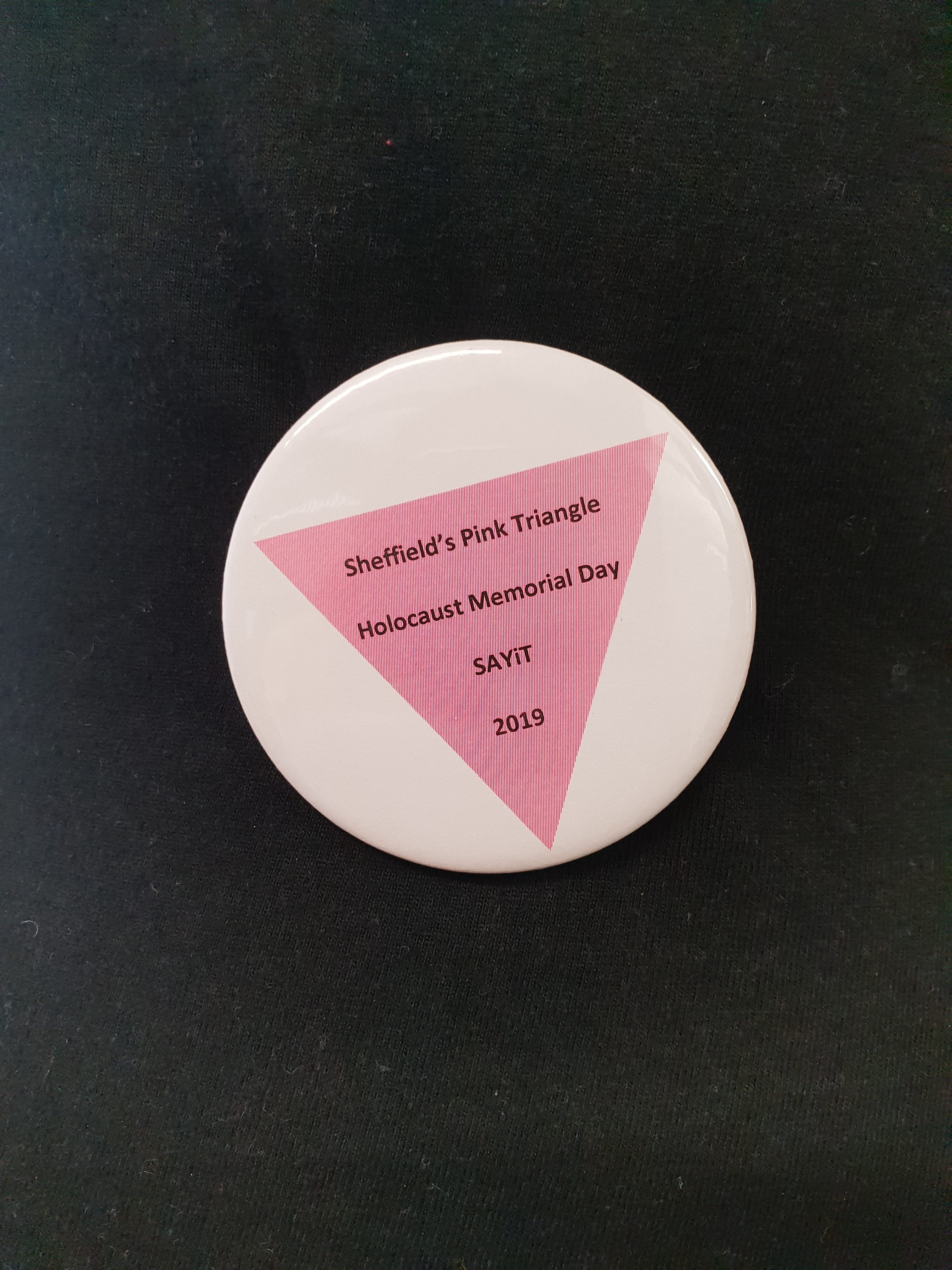 The charity is asking for individuals and businesses to show support for the initiative by donating pink items of clothing, sheets or soft furnishings which will be used to construct the two dimensional triangle.

The event is the idea of Sophie Williams, a youth worker at SAYiT charity, she said: “I have always been aware of the horrors of the Holocaust and the extermination of Jewish people.

“It was only recently that I became more aware that other groups including LGBT+ people were also victims of Nazi persecution. This is something we are often not taught about in our history lessons and I wanted to do something to draw attention to this. I also thought that it was important that our young LGBT+ people were aware of their history and some of the atrocities their predecessors experienced at the hands of the Nazi regime.”

Naziâ€™s arrested 100,000 people for being homosexual

It is estimated that the Naziâ€™s arrested 100,000 people for being homosexual; half were imprisoned and between 5,000 and 15,000 LGBT people captured and sent to Nazi concentration camps where they were branded with badges depicting inverted pink triangles. Unlike their fellow prisoners, who were liberated after the war, those branded with the Pink Triangle were sent to prison due to homosexuality continuing to have an illegal status. LGBT+ people were not included in the trials of the Nazis, meaning no one has ever been prosecuted for the brutality they faced. Furthermore, many LGBT+ people were too ashamed to talk about their experiences because of the continued condemnation they faced due to what was considered to be their deviant sexual orientation.

“We must not return to those dark days”

Steve Slack CEO of SAYiT said: “We are very proud of the work that Sophie is doing to raise awareness of this important and disturbing historical event which has remained in the shadows of history.

“Not only do we have lessons to learn from the past but we must always remain vigilant so that we do not return to those dark days. Worryingly recent reports suggest that LGBT+ communities in the Russian region of Chechnya continue to be persecuted by the authorities, with two people having been murdered and 40 detained in a new crackdown. Last year there were also reports of LGBT+ people being rounded up and tortured. There are many countries globally which still outlaw homosexuality and many LGBT+ people continue to be imprisoned, tortured or murdered.”

Sophie said: “It would be great if people could come and support this event and bring down any pink items to help form the inverted pink triangle. We are not aware of anything like this having been done in the city before.

“We are also inviting people to come to the Millennium Galleries afterwards from 5- 6pm for an opportunity to reflect on the events and remember those who were persecuted or murdered during this terrible period â€“ and indeed who continue to experience persecution.”

If you have any unwanted pink items to donate please contact SAYiT at Scotia Works, Leadmill Road on: 0114 2412728 or email [email protected]