LEEDS PLAYHOUSE REVIEW: Be My Baby features a lead role for an actor with learning disabilities

All-female ensemble company perform in final production in Leeds Playhouse’s Pop-Up Theatre which tells a story ofÂ a maternity home for young, unmarried women who have â€˜made one mistake.’

Anna Gray who stars in the show is a resident artist with Mind the Gap theatre company â€“ one of the countryâ€™s largest learning disability theatre companies that has championed learning-disabled arts for 30 years.Â  The production is presented in association with Mind the Gap and this project is a continuation of a longstanding relationship between them and Leeds Playhouse.

In 2018 Leeds Playhouse took part in Staging Change, a Mind the Gap initiative that encourages access for learning disabled actors, creatives, and audiences.

â€œAs a direct result of Staging Change Anna was asked to audition for Be My Baby â€“ we knew immediately that we wanted to work with her. Sheâ€™s a skilled actor and in casting her we highlight the contemporary approach to the play.â€

Director, Jacqui Honess-Martin said: â€œFor the final production in the Pop-Up theatre our ensemble is joined by Anna Gray who plays Norma. Anna is an actor with learning disabilities, and sometimes learning names is a challenge, to help her not feel too much like the new girlÂ we are all wearing named t-shirts (as pictured in featured photo) â€“ weâ€™ve had a great time personalising them!â€

19-year old Mary is seven months pregnant when her mother delivers her into the charge of St Saviours. As Mary, Dolores, Queenie and Norma bond over records and romance, they begin to understand what it means to give their children to the Welfare Service and Mary realises she must fight to take her baby home.

Whilst there are nods to the 1960s by use of key props and snippets of song, Jacqui and the creative team have shaped a piece that comes without an era thus opting for a contemporary and resonant approach. The set is stark, the costumes unspecific in fashion, and the piece is fully captioned at every performance.

The female Ensemble Company is Tessa Parr fresh from her role in the critically acclaimedÂ Hamlet, she is joined by Anna Gray as Norma Jo Mousley as Mrs Adams, Crystal Condie as Queenie, Simona Bitmate as Mary and Susan Twist as Matron. 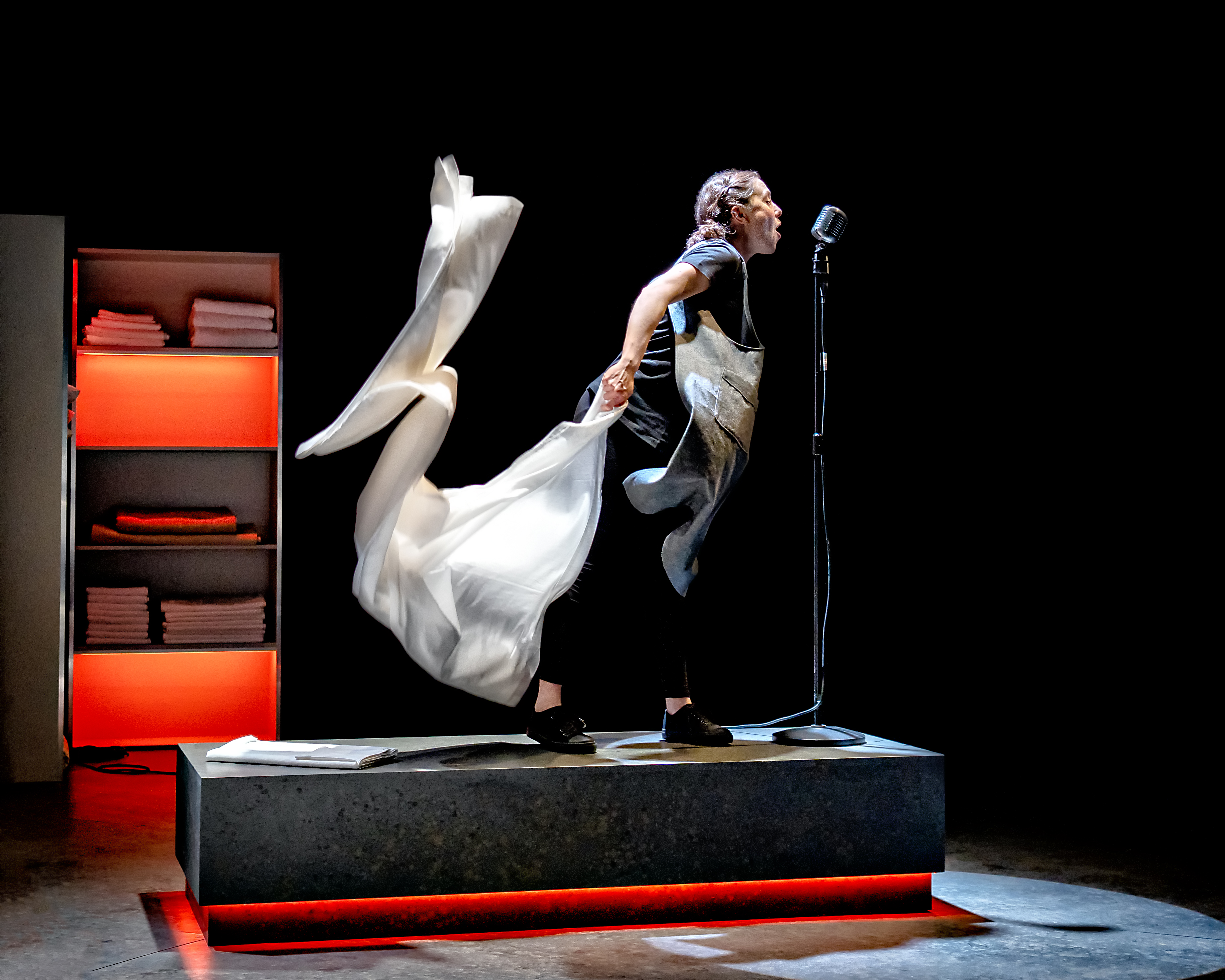 Good things about this play; the cast, the performances were all strong and there was a clear affinity between the performers, I got the impression they had enjoyed working together. Susan Twist who played Matron was a touch of class. Anna Gray, who has previously trained and performed with â€˜Mind the Gapâ€™, is a strong addition to the company. The use of live singing throughout the piece was engaging and tender.

Unfortunately, despite these elements, overall, I was disappointed. Stories of abortion practices in the 1960â€™s are poignant and important to tell, however, I found this play told the story without managing to evoke investment in the characters stories, or even in their relationships to each other. I felt distant from them, and at times confused by their stories, and even bored. I found Normaâ€™s story, played by Anna Gray, very confusing, I did not know if a central part of the character was that she had a learning difficulty or not. Whichever the case there was a missed opportunity in clearly representing the additional challenges faced by a woman with a learning difficulty at this time. 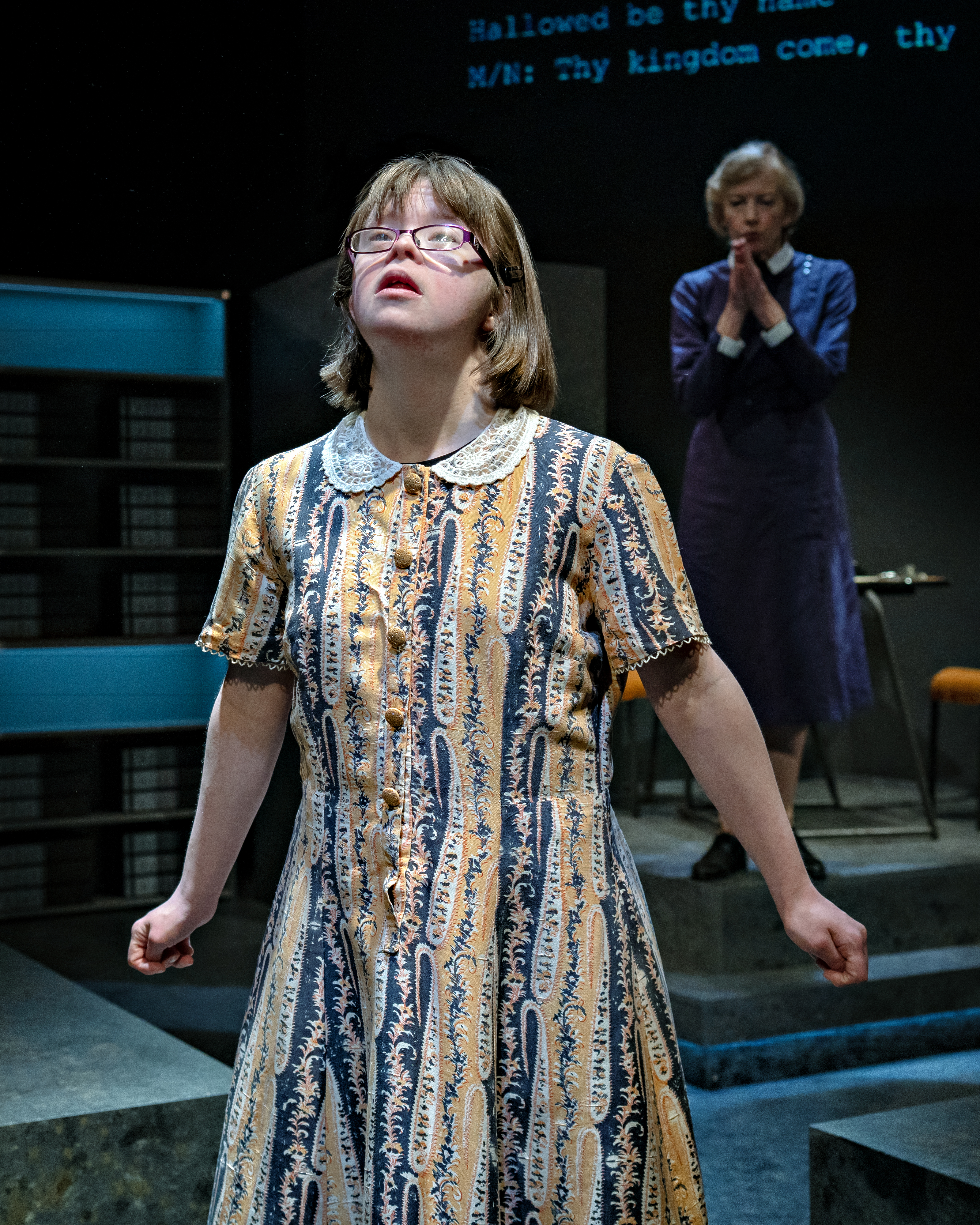 The main problem I had with the central story of Mary Adams, played by Simona Bitmate, was that I thought the pacing of the play stripped her story of drama. There was a part of the play in which Mary and her room mate Queenie plan to leave together and move to the coast, but no sooner than the plan is made, it is abandoned and given no time for the audience to invest in the plan or to feel the loss of it.

I would have enjoyed this play significantly more if I could have seen a stronger development of the characters throughout the play.

Be My Baby plays in Leeds Playhouseâ€™s Pop-Up theatre, in association with SOYO Leeds, from 11 May â€“ 1 June.