A very different format to the traditional Christmas pantomime, Rock â€™nâ€™ Roll Pantomimes mix traditional elements of audience participation and corny gags with a jukebox full of classic rock anthems and chart-toppers – performed live on stage at City Varieties in Leeds, by a talented cast of actor-musicians. Be sure to keep your wits about you though, or you may just get rocked by the legendary Boulder Battle! 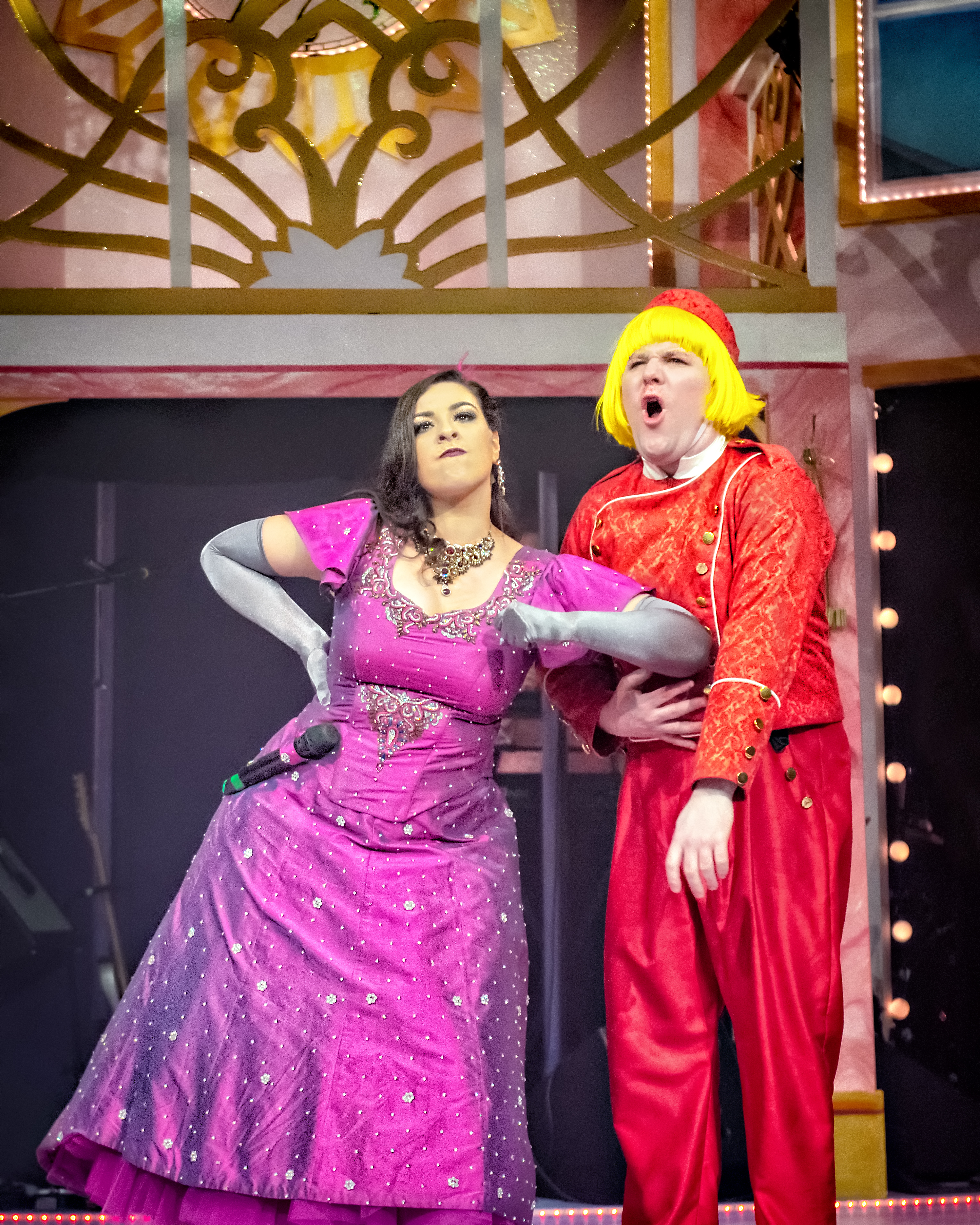 In what will be his ninth year playing â€˜The Foolâ€™ in the legendary Rock â€˜nâ€™ Roll Pantomime at City Varieties Music Hall, Leeds lad Kenny Davies reveals why he keeps coming back for more.

Kenny knew he wanted to be an actor from a very early age when his grandmother bought him a plastic guitar that he â€˜playedâ€™ for family and friends. A pupil at Intake High School, he performed in most school plays and swapped his plastic guitar for a real one, also learning to play the keyboard and drums. He went on to study at Rose Bruford College, London, from where he graduated with a BA Hons Degree in Actor Musicianship. With stage and TV credits to his name, Kenny is best known in his home city for appearing in the Rock â€˜nâ€™ Roll Pantomime at The Varieties. 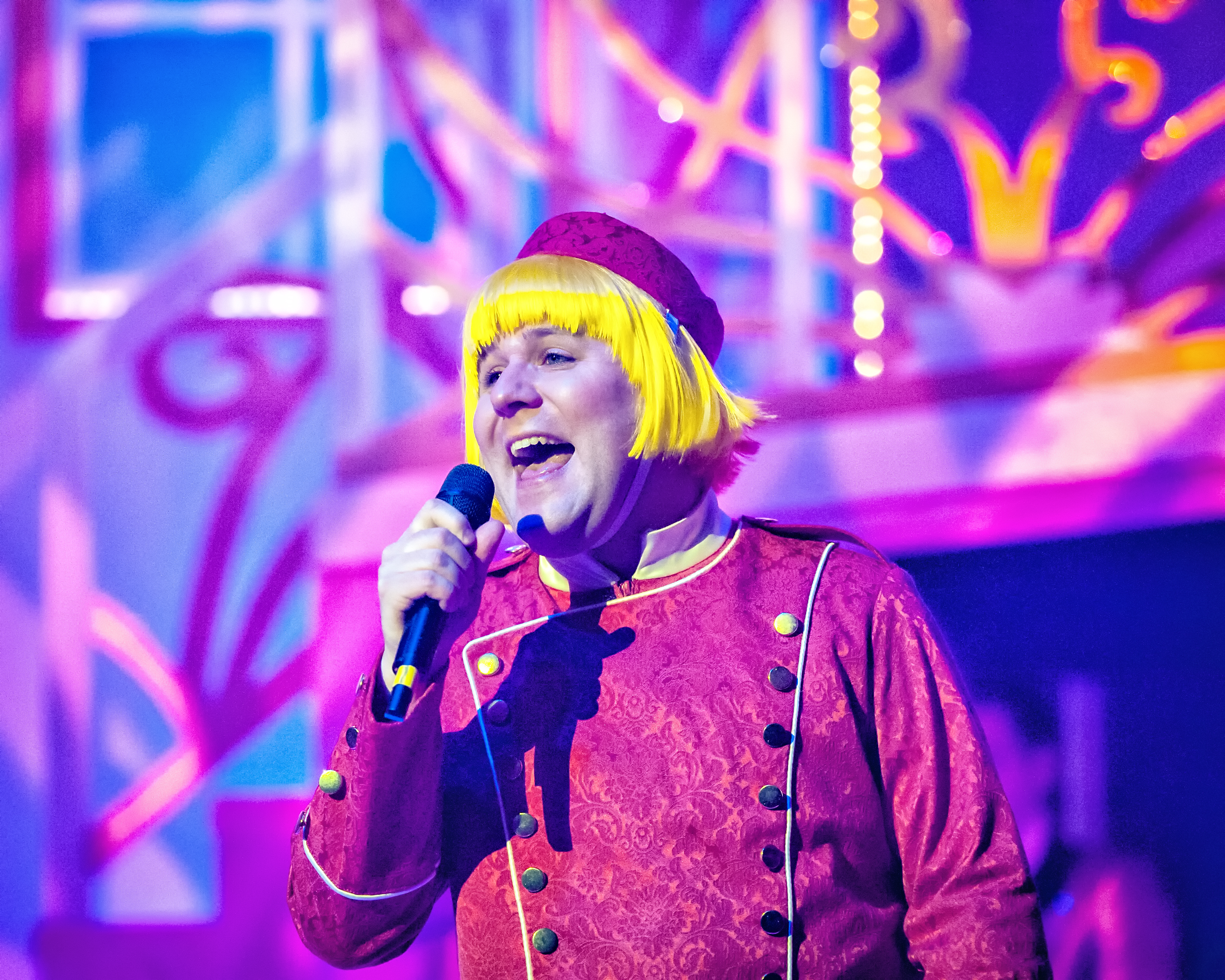 Q: This will be your ninth Rock â€˜nâ€™ Roll Pantomime â€“ what keeps you coming back for more?

A: Apart from Yorkshire being the best county in the UK (!), one of the main reasons I keep coming back is because Leeds is my home town and I feel that I have a connection with The Varieties; I have been performing in shows at the world-famous venue since my first Youth Theatre appearance back in 2000. Itâ€™s a tradition now; when I think ofÂ Christmas, I think of the Rock â€˜nâ€™ Roll Panto!

Q: Why do you prefer Rock â€˜nâ€™ Roll Pantomime over traditional?

A: The reason I love to perform in Rock â€˜nâ€™ Roll Pantos over traditional ones is because you get two shows in one – as well as the acting and dancing, you also have the live music aspect. The thrill of being an actor-musician in a show like this is being able to play multiple instruments on stage in front of a live audience – I think this truly improves the experience as the band forms a connection with the audience; itâ€™s organic.

Q: You always play The Fool who never gets the girl â€“ do you not fancy playing Prince Charming to ensure your â€˜happily ever afterâ€™?!

A: I love playing The Fool as I love slapstick and making people laugh. As for getting the girl, who knows, maybe this year will be my lucky year! 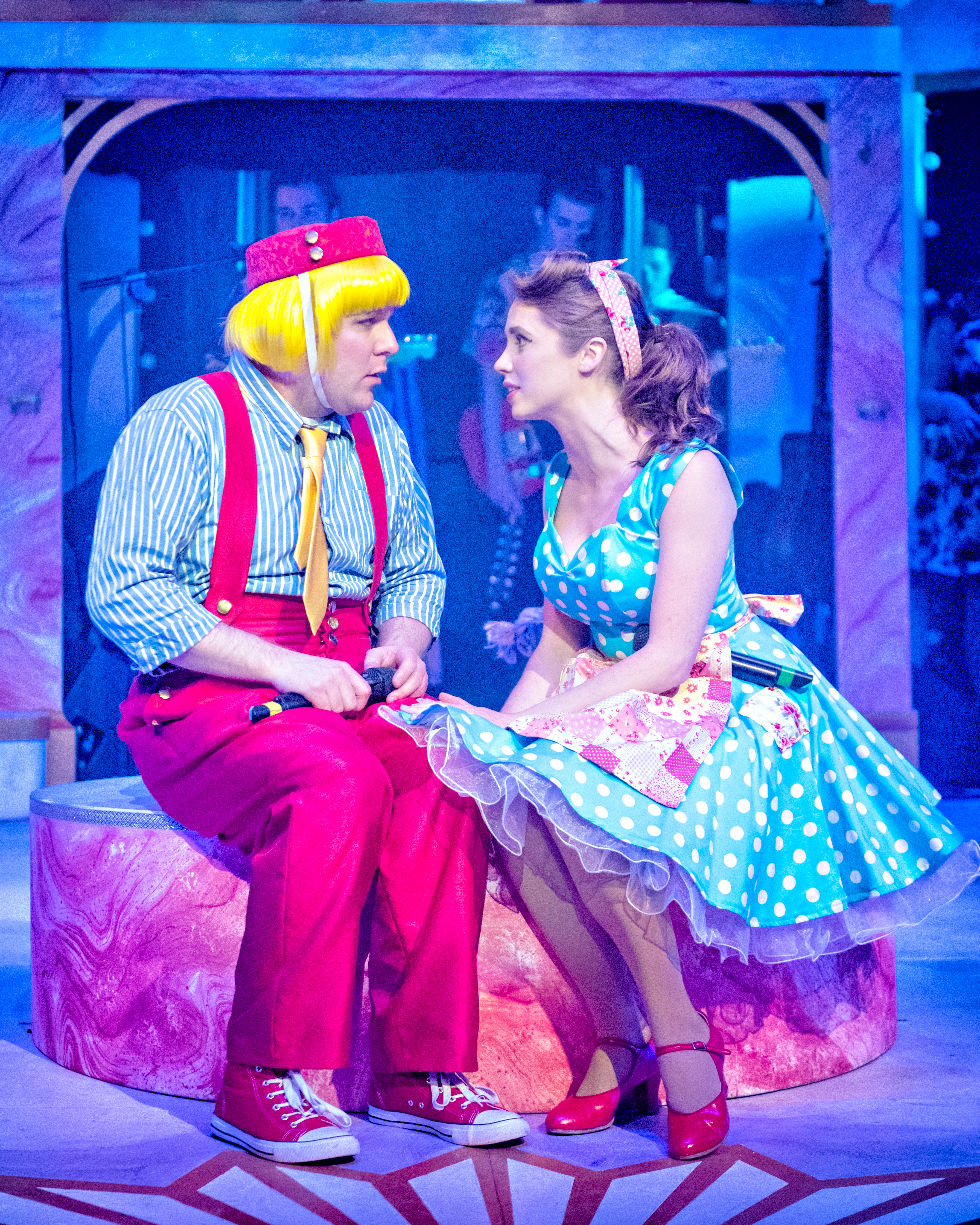 Q: What has been your favourite Rock â€˜nâ€™ Roll Pantomime to date? And for what reason?

A: I have loved all the Rock â€˜nâ€™ Roll Pantos, I couldnâ€™t possibly pick a favourite.

Q: What has been your favourite part to play? And favourite song to sing?

A: I’ve enjoyed every part I’ve played over the years, but I feel like Buttons has the edge. I’ve played Buttons twice (2012 and 2018), but both times have felt completely different because I’ve worked with a different cast each time. As for my favourite song, I loved singing I’m Gonna Be (500 Miles) in Robin Hood.

A: When I played Buttons in 2018, I had to wear a yellow wig as part of my costume. In one scene I get bashed on the head and thrown in the well. All was going fine until in one performance, when, as I was bashed, my wig flew off my head and landed in an audience members lap. It was rather embarrassing for both me and the audience member who politely passed it back to me!

Q: Can you divulge any times when things have gone wrong?

A: Due to the nature of the part I play, there are lots of times when I must fall over, walk into a wall, get bashed on the head etc. During Robin Hood there was one scene where I get hit with a mallet – due to a spacing issue, instead of the mallet missing my head, it connected with my face and bust my lip – the show still went on!

A: No rituals but I do love pre-show as we (the cast) get the chance to interact with the audience as they are taking their seats. It gives us an opportunity to fire them up and get them excited. We also get to tell the children to shout and be loud â€“ and it provides a great excuse to pinch the audience’s sweets!

Q: And finally, what would be your dream role in any musical?

A: I would love to play the Phantom in Phantom of the Opera; itâ€™s a role I could really get my teeth into.

â€œOne of the secrets of its success lies with its cast of actor-musicians who waste no time in developing a great rapport with the audience in the intimate atmosphere of this historic old theatre. Full of audience participation you can cheer the goodies, hiss the baddie and shout until you are hoarse and thatâ€™s what pantomime is all about.â€

All About City Varieties Music Hall:

City Varieties Music Hall holds the record for the longest running music hall in the country. Hidden up a cobbled side street just off Briggate in the heart of Leeds City Centre, it began life in 1865 as a room above a pub called ‘Thornton’s New Music Hall and Fashionable Lounge’. Founded by landlord and benefactor Charles Thornton, it was originally established for the working people of Leeds to be entertained; its affluent sister venue, Leeds Grand Theatre, was meant only for the higher classes. The name subsequently changed to the â€˜White Swan Varietiesâ€™ and then â€˜Stansfield’s Varietiesâ€™ before becoming the â€˜City Palace of Varietiesâ€™.

In its early years the Varieties welcomed many weird and wonderful acts including the world-renowned escapologist Harry Houdini and singer, comedian and musical theatre actress Marie Lloyd.