BUTTERFLIES AT SHEFFIELD THEATRES: A play about feeling butterflies in your stomach: Review

Three friends embark on an exciting adventure to chase their butterflies away. They cross new seas to uncharted lands on a journey filled with discovery. The only trouble is theyâ€™re all a bit worried about it!

During their voyage the group ride the waves, walk high bridges, skirt deep caves and climb to the sky, before reaching dry land braver than ever before.

An uplifting tale of friendship, courage and facing your fears. 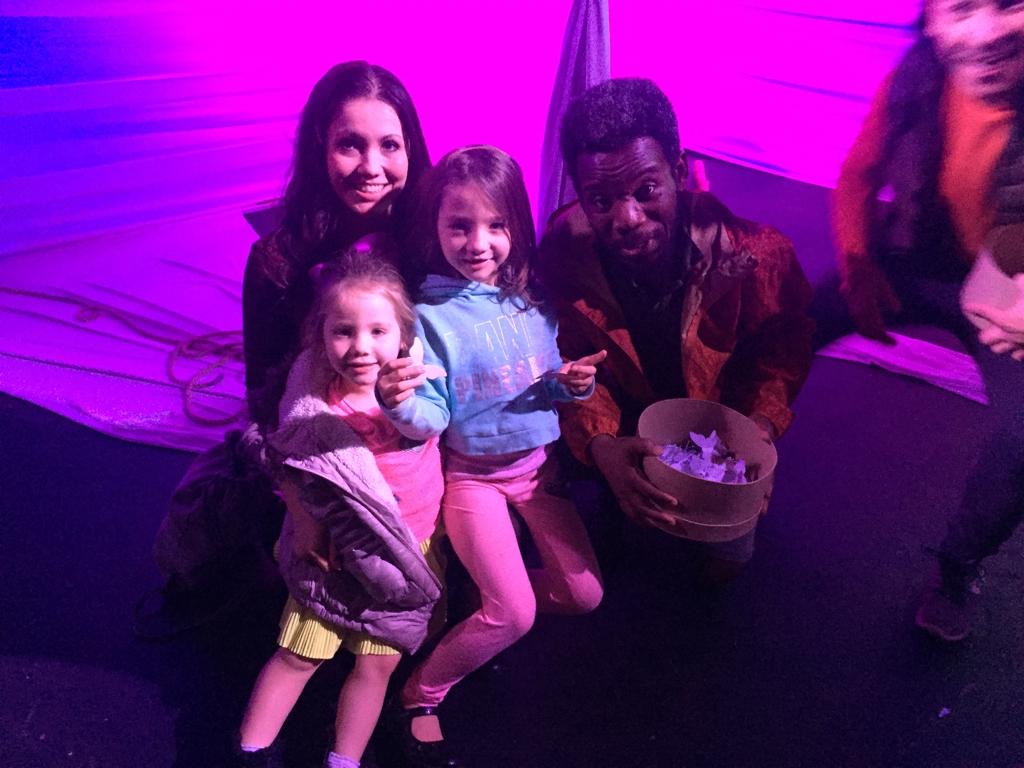 My daughters and I were invited to The Crucible’s studio theatre to review a show called Butterflies by Tangled Feet and Half Moon.

I had wrongly assumed it would be a show all about butterflies that fly and there would be lots of characters acting as butterflies. But instead what we discovered was a much deeper show about what it feels like to be worried and having butterflies in your belly.

The show was simple in its setting with a stage made up of material and rope, not your normal colourful children’s set. But that didn’t matter as the simplicity allowed for the real values of the production to shine – the tale about the importance of friendship and courage.

It was a great piece of physical theatre with the character capturing the audience’s imagination through their brilliant acting and clever interaction.

Overcoming the butterflies in your belly

I think all too often we teach children about their physical health when their mental health and wellbeing is intrinsically linked. So butterflies in your stomach is a great way to describe and demonstrate what feeling worried can feel like.

The show is suitable forÂ ages 3 â€“ 8 and even my lively three-year-old Arianna sat and was engulfed into the world of proper good theatre, how it should be.

The result of this slick 45 minute performance was incredible when Arianna turned to me and said: “I felt butterflies in my belly when I got a letter about starting school. I want my friends at nursery to go to the same school as me.”

Somehow, the show had managed to explain a complex feeling to my young daughter and enabled her to express her feelings.

To finish off a lovely show inside the intimate studio theatre, the characters handed out butterflies to all the audience as it was their last show that weekend.