New images of this co-production between the Playhouse and Ramps on the Moon show how designer Hayley Grindleâ€™s visionary design choices have introduced dynamic new layers of interest for audiences while increasing accessibility for deaf and visually-impaired theatregoers.

Her starkly brutalist yet stunning set, monochrome base palette and bold colour coding for key characters like Fagin, played by Caroline Parker MBE, and the Artful Dodger, played by Nadeem Islam, bring the harsh realities of Dickensian England to life with vivid clarity.

The captioning screen is not an add-on but is, instead, a key part of the design, standing proud in the middle of the Quarry stage with the period-style text timed to work with and enhance the dialogue. Similarly, audio description is seamlessly weaved into the script.

Directed by Amy Leach (There Are No Beginnings, Romeo & Juliet), this new production delves into the dark heart of the original novel to bring us Oliver, played by Brooklyn Melvin, brutal Bill Sikes (the spelling taken from Dickensâ€™ original text) played byStephen Collins, his canine sidekick Bullseye, expertly crafted by Puppet Designer and DirectorRachael Canning, and feisty but doomed Nancy, played by Clare-Louise English (One Under,Graeae/Theatre Royal Plymouth, commissioned by Ramps on the Moon).

OLIVER TWIST runs at Leeds Playhouse from 28 February â€“ 21 March ahead of a UK tour, taking in Birmingham Repertory Theatre, Nottingham Playhouse, Sheffield Theatres, New Wolsey Theatre Ipswich and Theatre Royal Stratford East, who are all part of the Ramps on the Moon consortium alongside Graeae, the UKâ€™s leading disabled-led theatre company. 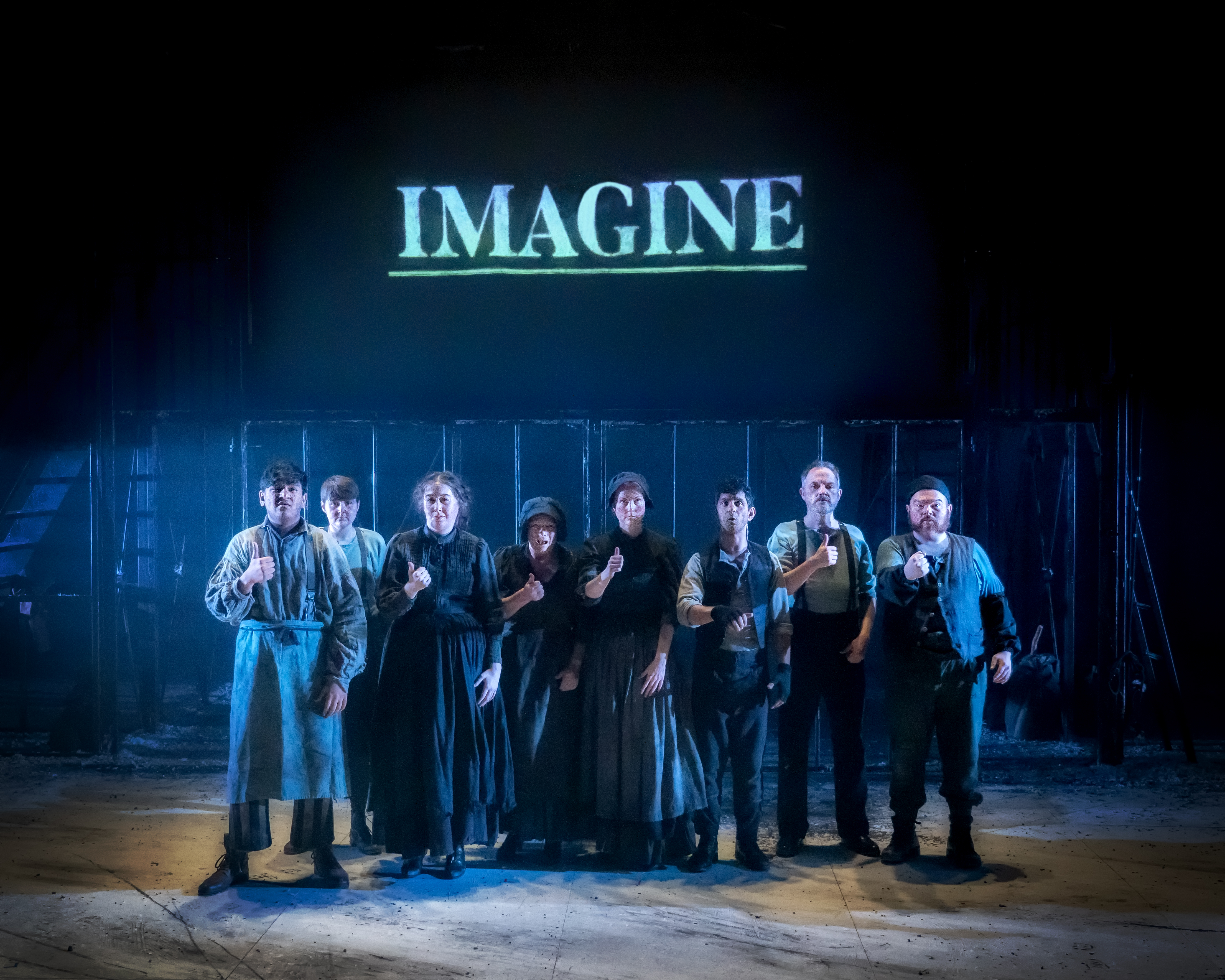 Writer Bryony Lavery was born in Wakefield and is one of the UKâ€™s most well respected and prolific playwrights. She is best known for her award-winning play Frozen which recently played in the West End featuring Suranne Jones. Bryonyâ€™s adaptation of A Christmas Carol played at Leeds Playhouse in 2010. She has had a long and varied career, including writing plays for the National Theatre and Frantic Assembly.

Director Amy Leach joined Leeds Playhouse as Associate Director in 2017. She directed Hamlet, A Christmas Carol and Road during the theatreâ€™s acclaimed Pop-Up Season. She previously directedTalking Heads, Queen of Chapeltown, Romeo & Juliet, Kes, The Night Before Christmas and Little Sure Shot.

Amy is committed to placing accessibility and inclusion at the centre of her work. During the Pop-Up Season, her production of Road included integrated live audio description, her production ofHamlet was the first Leeds Playhouse production to trial the National Theatreâ€™s groundbreaking caption glasses, and she was instrumental in forming the Playhouse’s partnership with Mind the Gapâ€™s Staging Change initiative which encourages professional opportunities for learning disabled actors and creatives. In autumn 2019, Amy directedThere Are No Beginnings by Yorkshire writerCharley Miles, the first production in Leeds Playhouse’s new studio theatre the Bramall Rock Void. This production featured creative audio description at every performance. For Christmas 2019, Amy directed The Night Before Christmaswith every performance D/deaf friendly using integrated creative sign language.

Ramps On The Moon is a consortium of seven major theatre companies committed to putting Deaf and disabled artists and audiences at the centre of their work; to accelerate positive change, explore opportunities and stimulate awareness of disability issues within arts and culture. The project is supported by public funding through the Arts Councilâ€™s Strategic Touring programme â€“ the largest award of its kind. The consortium venues are New Wolsey Theatre, Birmingham Repertory Theatre, Leeds Playhouse, Nottingham Playhouse, Sheffield Theatres, Theatre Royal Stratford East and Graeae Theatre Company.

Leeds Playhouse is celebrating its 50thanniversary in 2020. It is a cultural hub, a place where people gather to share stories and to engage in world class theatre.

The Playhouse makes work that is pioneering and relevant, seeking out the best companies and artists to create inspirational theatre in the heart of Yorkshire. From large scale spectacles to intimate performances, the Playhouse develops and makes work for the stage, found spaces, tours, schools and community venues.

A dedicated collaborator, Leeds Playhouse works with distinctive, original voices from across the UK. Its Artistic Development programme, Furnace, discovers, nurtures and supports new voices, while developing work with established practitioners. It provides a creative space for writers, directors, companies and individual theatre-makers to refine their practice at all stages of their career.

Leeds Playhouse now has a building to match its wide-ranging, far-reaching ambitions. As a result of a Â£15.8m transformation in 2019, it now offers improved access to and around the theatre, a city-facing entrance and a new studio space, the Bramall Rock Void.